A planned ordinance which will mandate the retrofitting by property owners of as many as 500 “soft-story” multi-family wood buildings throughout the City can’t begin soon enough for Mayor Terry Tornek’s liking.

‘We need to saddle up and get this done,” Tornek said Wednesday following a presentation to the Public Safety Committee by Planning Director David Reyes and consultant Daniel Zepeda of Degenkolb Engineers.

“The ordinance needs to be done in less than a year,” said Tornek.

The City Planning Department had anticipated drafting the ordinance for review in the fall of this year in order for it to be adopted in the fall or winter of 2019, a timeframe that was still too slow for Mayor Tornek. 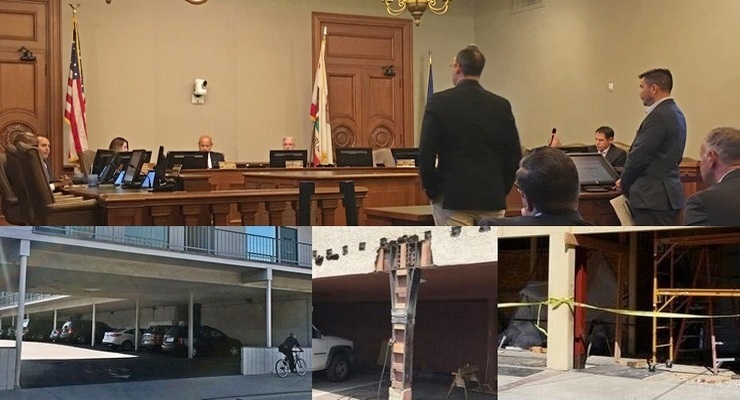 “This needs to move more quickly, especially the outreach at the front end,” he said.

Councilmember Steve Madison agreed with Tornek, and said that “soft stories are only one part of the [retrofit] puzzle. We need to move with all due speed.”

According to current City estimates, there are approximately 493 wood soft-story buildings constructed in Pasadena before the 1978 building code became effective, that require evaluation and possible retrofit.

As a Planning Department staff report explained, the City’s wood soft-story buildings were primarily constructed between the 1920s and 1970s, and are wood-frame buildings with more than one story, which typically have extensive ground story windows, garage doors, or open-air spaces, with little or no enclosing solid wall.

The buildings result in a relatively soft or weak lateral load resisting system in the lower story making them more vulnerable to collapse during an earthquake, according to the report. The poor performance of these buildings was evident during the 1989 Loma Prieta and 1994 Northridge earthquakes, the report noted.

Asked about the presence and danger of these soft-story buildings Tuesday, renowned seismologist and Research Associate at the Seismological Laboratory of Caltech Dr. Lucy Jones, said, “They are a particularly dangerous type of building; it’s like the apartment building that collapsed in the Northridge earthquake, killing 17 people. We’ve known their problems, we haven’t allowed them to be built that way since the 1978 building code changed the requirements. But of course lots of the buildings in Southern California were built before then, and this is a particularly common type of structure for apartment buildings.”

Much of the committee discussion Tuesday centered around the subject of cost, as well as the need to move swiftly through the outreach and ordinance processes.

Reyes told the Council that there are a number of state and federal grants available to help pay for seismic retrofits, and said, “We will look for as many funding sources as possible.”

In addition, a number of California cities, including Los Angeles, have pass-through programs, which allows owners to raise tenant rents for a limited time to cover the cost of retrofitting. Owners must also often create tenant habitability programs so that the effect of construction on tenants is minimized.

According to Eran Itzhaki of Titan Contracting Services, simply creating the plans for contractors for such retrofit projects can range from $5,000 to $12,000 per building, and a complete moment frame — more than one of which might be needed for each retrofit — can cost $30,000-$50,000 each.

Itzhaki indicated that even a relatively inexpensive retrofit might cost the property owner at least $120,000.

The city has contracted with the Degenkolb Engineering firm to develop the multifamily wood building soft story ordinance, along with a working draft ordinance to include the technical framework.

Degenkolb would also work with relevant city departments to incorporate non- technical language into the Draft Ordinance; and then form an advisory group composed of stakeholders, such city technical staff, local structural engineers and architects, Caltech members, local developers, local real estate professionals, and local housing associations. Much of the work of the advisory group, said Reyes, would be in outreach.

As Reyes explained to the Committee, the City will also create a technical committee of experienced members of the Structural Engineers Association of Southern California (SEAOSC) to review the technical portions of the ordinance and provide comments to staff and hold two community outreach meetings to present the ordinance to the public and receive comments.