L.A. races to fix vulnerable buildings before next major earthquake

When Los Angeles two years ago approved the nation’s most sweeping earthquake retrofitting regulations, officials knew they were in a race against time.

The law requires the retrofitting of hundreds of brittle concrete buildings, one of the most vulnerable types of structures in California. But experts have worried that a major earthquake will hit Southern California before the deadline to fix the buildings comes. 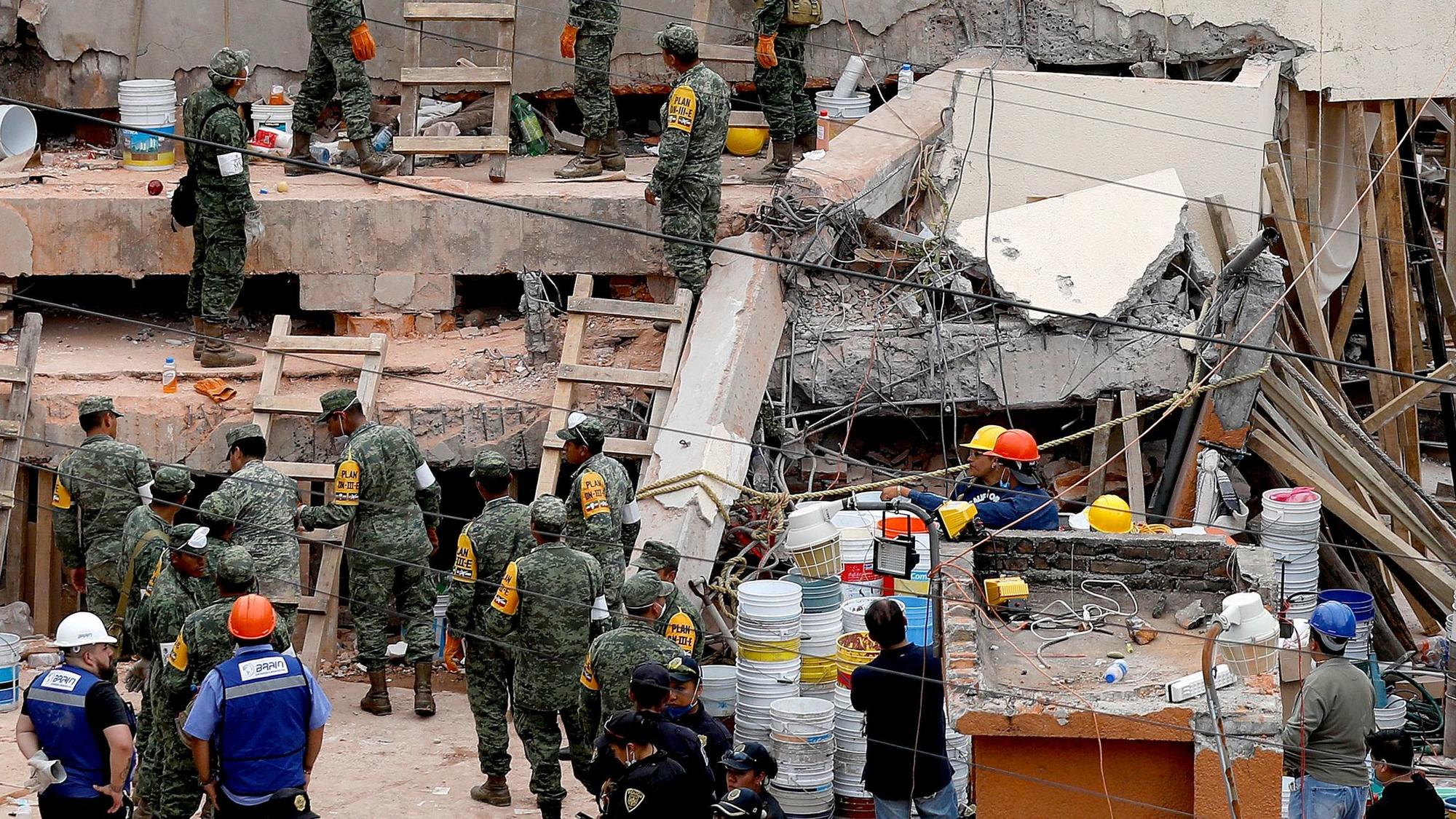 “Chances are it will happen before that 25-year deadline,” California seismic safety commissioner Kit Miyamoto said.

There is a 60% chance that a magnitude 6.7 earthquake — the size of the 1994 Northridge temblor — or larger will strike the Los Angeles area in the next 30 years, said U.S. Geological Survey geophysicist Morgan Page.

L.A.’s effort is now hitting a key milestone, with the city issuing orders to owners of roughly 1,500 concrete buildings in Los Angeles believed to be at risk, which dot the city from downtown to the Westside to the San Fernando Valley.

City officials began sending out orders before Thanksgiving following the catastrophic September earthquakes in Mexico, in which many of the dead were killed by concrete building collapses.

For property owners who receive the orders, the financial toll could be considerable. Retrofitting could cost millions of dollars. Currently, there are no public subsidies available to help pay for the work. Some owners have expressed concerns about how they will pay.

The deadly nature of brittle concrete buildings became clear in Los Angeles nearly half a century ago, when 52 people died in the collapse of several concrete structures, including hospital buildings, in the 1971 Sylmar earthquake. Concrete buildings fell again in 1994 during the Northridge quake. Efforts in the 1990s to fix the buildings died amid concerns from property owners about the costs.

But in 2015, L.A. Mayor Eric Garcetti pushed through the seismic retrofitting rules and was backed by the City Council on a 12-0 vote.

Earthquake experts say that as many as 50 brittle concrete buildings in the city of L.A., housing thousands of people, could collapse in an earthquake. Which buildings collapse depends in part on where the earthquake strikes and how big it is.

Miyamoto, the state seismic safety commissioner, says an unretrofitted L.A. hit hard by an earthquake could look like Mexico City did three months ago.

“I’m proud that L.A. is leading the effort [on concrete buildings], globally speaking,” Miyamoto said. “However, 25 years? Come on…. This needs to be something like a five- to 10-year effort.

“What we saw in Mexico City, we’re going to see an even bigger deal in L.A.,” said Miyamoto, a structural engineer.

Shortly after the Mexico earthquake struck, Garcetti urged owners to retrofit buildings far ahead of the city deadline.

“Mexico City should be a reminder that we shouldn’t sit back and congratulate ourselves and pray between now and 2042 we’ll be OK,” the mayor said in September. “Let’s figure out a way to get to work now.”

Some owners have already begun calling up structural engineers to figure out how to proceed as they make decisions about upcoming renovations, said David Cocke, a spokesman for the Structural Engineers Assn. of Southern California. Interest is also picking up on the Westside after Santa Monica and West Hollywood in 2017 passed their own concrete retrofit laws.

Earthquakes have hit before mandatory retrofit deadlines have passed before.

In the Central California town of Paso Robles, officials identified the iconic Acorn building in 1989 as a hazardous brick building. It collapsed during an earthquake in 2003, killing two shop employees. The owner had until 2018 to retrofit it. A jury awarded the families of the dead nearly $2 million, concluding that the owners were negligent in not making the building safer.

Brittle concrete buildings were built with a flaw — not enough steel in the right configuration to keep concrete caged and prevent it from exploding outside building columns during an earthquake.

Some of these buildings have already been retrofitted; Los Angeles requires retrofits when an old building that was once, say, an office or a warehouse is converted to another use, such as residential housing. But many more have yet to be done.

In the past, owners would sometimes consider plans to retrofit large, brittle concrete buildings but then back out when they saw the sticker price, said Saif Hussain, a Los Angeles-based structural engineer.

“Now, they have to do something,” said Hussain, who has helped write retrofit guidelines for both the city and the American Society of Civil Engineers.

Even a single collapse would be catastrophic, not only for the building owner, but for the neighborhood and surrounding community. Lives would be lost and the building gone, but so would many of the engines that power the economy — rental income for the owner and places for people to work and live for the tenants.

In the meantime, L.A. is progressing on retrofitting a different type of building, wood apartment buildings with a flimsy first story. Out of about 13,500 apartments and condos, more than 350 retrofits have been completed and more than 2,000 were in the process of complying with the ordinance as of October, according to the mayor’s office.