The Importance Of Seismic Retrofitting

Earthquakes can be horrible. They don’t discriminate when it comes to buildings; even a structure without significant problems can sustain plenty of damage from a serious tremor. If you live in an earthquake-prone area like LA, you shouldn’t be taking chances with your property. It’s important to hire the best foundation repair services for seismic retrofitting. This way the building will stand less chance of getting damaged or separated from its foundation when an earthquake hits.

If a previous earthquake event has already damaged the foundation, you’d be well served by getting the best primary foundation repair Los Angeles has to offer. Also, such companies can perform concrete lifting, as well as levelling of slabs and sidewalks.

By making your home or building stable, it will have better chance of sustaining minimal destruction during or after a quake. Proper seismic retrofitting requires an eye for detail, and the company you hire should be thorough to see through all the aspects which would affect the construction. 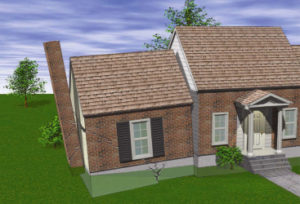 You may live in a well-built house, made out of high-quality lumber, correctly spaced studs, and precisely sized joints based on the span and load requirement. This would normally mean there’s no reason to worry about the health of the structure, but like I mentioned above, earthquakes don’t discriminate. Even the strongest construction materials can take a heavy pounding when the place gets an earthquake. Even structurally sound buildings can move off their foundations, or the basement walls may give in. Roof trusses can tilt the way of falling dominoes. This can be averted with the right placement of framing connectors, which would protect the home or office from damage.

Wire nails, when they were introduced to American builders in the late 1800s, were a game changer in the building industry. They are very good at ensuring strong structural links, but come with heavy limitations which can act out in the event of a seismic disturbance. One of the instances is a wood-framed wall which is held together with nails, and which can support a significant vertical load. This same wall can be weakened by the use of side loading forces, like the ones that happen when there is an earthquake or hurricane. Nails are also prone to rust when there’s moisture, which makes them weaken or even break.