An Overview Of Soft-Story Seismic Retrofitting 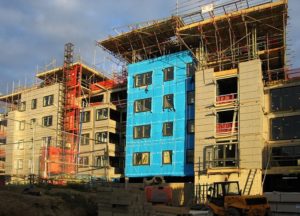 Earthquakes are bad for buildings, including the ones that survive them. Especially so for soft-story buildings, of which there are several located around the country. When the quake hits, floor above the bottom one may collapse, while neighboring buildings suffer no visible damage. Such an event can cause injury and even death to residents.

Soft-story buildings are called that way because they have first stories that are a lot less rigid than the one above, and are prone to damage from earthquakes, owing to the use of wood frames in construction, or large, unreinforced openings on the ground floors. These openings usually have large parking areas or equally large lobbies if the building is residential or retail. Lack of proper design means the structure will be less capable of withstanding lateral forces resulting from a quake. The floor may fold in these cases, and the upper floor would come down on top of it, crushing whatever is underneath.

Highly populous cities like Los Angeles and San Francisco have the highest chances of earthquakes, and yet, these areas still have thousands of hazardous soft-story buildings. A California Institute of Technology study found that of less than 1/8 of these buildings have had improvements. San Francisco has pretty much the same problem, with around 10,800 soft-story buildings. On top of that, experts are predicting a major earthquake in the Bay Area over the upcoming decade. Around 80 percent of San Francisco’s buildings would collapse if that happened, or be damaged beyond repair. 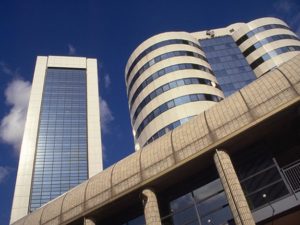 How Can This Be Prevented

Structural engineers favor a technique called soft-story seismic retrofitting, which bolsters the lateral stiffness and strength of buildings. These two aspects are key to making buildings safe from earthquakes. Construction of soft-story buildings usually never considered lateral components, or simply left these too weak to handle the forces resulting from an earthquake.

Soft-story retrofitting is a way to clear up those issues through the addition of the required structural components, so that buildings can remain standing, through the ground-shattering effects of a strong earthquake. The process is fast becoming a contraction industry standard, with cities urging building owners to introduce these improvements if they haven’t already.

If you are a Los Angeles resident, it is vital to know that the city is implementing Ordinance 183893, which mandates hazard reduction in buildings with soft, weak, or open front walls.