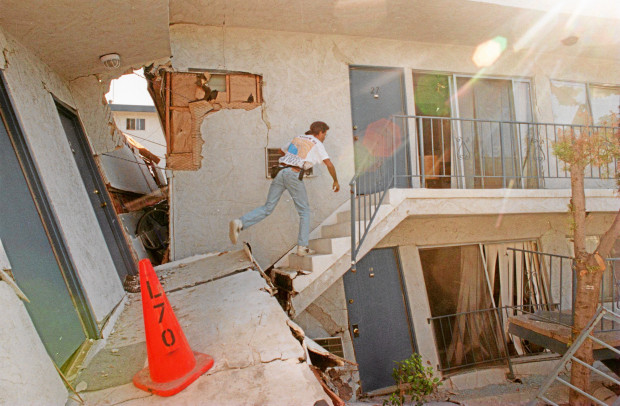 About 13,500 soft-story apartment buildings will require retrofitting under the proposal, intended to shore up structures likely to collapse in an earthquake. About 1,500 concrete buildings will also need retrofits.

Noted seismologist Lucy Jones, who spent a year working with Garcetti’s office, likened the law to measures the city took more than 30 years ago to strengthen masonry buildings.

“There’s going to be some future earthquake,” Jones said. “If this passes, we’ll be saying, nobody died in this earthquake because of the action the council took.”

With the legislation, Los Angeles becomes the first U.S. city to require a retrofitting mandate for non-ductile concrete buildings, according to earthquake experts.

Several California cities already require retrofitting of soft-story buildings, defined as structures that have an open parking or commercial space on the bottom of the structure.

While the law marks a milestone for Garcetti’s earthquake safety agenda, City Hall leaders have yet to detail who will pay for retrofits, estimated to cost about $5,000 per apartment unit.

The Los Angeles City Council will take up the cost issue later this year.

The city’s piecemeal approach drew concern from Larry Gross, executive director of the Coalition for Economic Survival, who is worried renters will shoulder significant retrofitting costs.